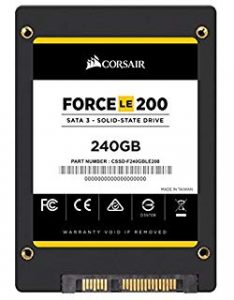 CORSAIR solid-state drives include the latest NAND technologies to guarantee fast data transfer speeds. Do you have a physically damaged or failed Corsair SSD, or is your solid state drive (SSD) not booting up or it is not accessible or has your SATA SSD experienced water or liquid damage?

The common data loss situations that require recovery of lost or deleted files from Corsair M.2 SSDs and SATA solid-state drives include:

To receive a cost-effective Central London Corsair SSD data recovery quote, please forward your quote request to us at info@creativeit.tv. You can also speak to a qualified Corsair SSD recovery specialist on 020 7237 6805.